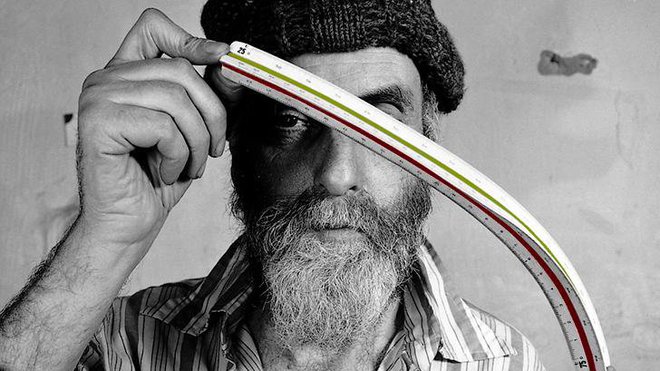 2006 was the year that I first visited Vienna.
One of the places that impressed me most was in Kegelgasse, the Hundertwasserhaus. I looked at that building and there was a feeling of good energy (those colors, curves, order in disorder) it was very good. I never forgot that visit!

When we were talking about architecture for Artnatic, this suggestion came out, talking about the Hundertwasser world: a character who puts colors and dreams around the world.

Although he did not finish his studies in Fine Arts, he began to paint and sign his works using r the name Hundertwasser. He traveled to France, Italy, Morocco, Tunisia and perhaps those trips nourished the universe with even more colors.
But later on, he also went to Japan, where he received an award, the Mainichi award. It was there that he started to use the name Friedensreich (Kingdom of Peace).

His universe and thoughts gave ideas to filmmakers who recorded a film about his life called “The Hundertwasser”, with Peter Schamoni and Regentag, from Ferry Radax.

In the 1970s, he went to New Zealand, long before the ideas that are now legion, he was already testing solar energy and water treatment by plants. He also used ceilings with plants to isolate, anything that would allow him to live in autarchy.

In French we would say that he was a “touche à tout”, he also collaborated by designing for posters, or stamps, he also redesigned the facade of the Rosenthal factory. And then he came to Hundertwasser in Vienna.
Architectural projects in Germany, Austria, Switzerland, USA, Japan and New Zealand. And one of the projects he most dedicated himself to was Giardino Eden, in Venice, with a Palace.

In fact, no Project had an end for him. There were always several different ideas. No hierarchy, as if everything was important at that moment.
He travelled from Venice to Germany to help with the occupation of Hainburger, a nature reserve to prevent the installation of a power station. He was always faithful to his ideals, he tore the prize he had received from the Austrian government.

In 1995, he published the Hundertwasser Bible, a 1688-page book with 30 collages and 50 works of art. Each cover is handmade and it is unique. And also the artistic design of the Latin-German school dictionary that is still used and in 100 different color versions.

As nothing with him was commonplace, until his “departure from the scene” was theatrical, he died returning to New Zealand aboard Queen Elizabeth 2. He did not leave a money inheritance, but he left an inheritance of unique works, which enchant and will still inspire for a long time.

If you’re in Vienna, I’m sure you’ll want to visit the Hundertwasserhaus. It is worth the visit. And it’s like saying “hi” to your designer: a boy who was born poor, worked the land, had no father, but never stopped dreaming. His work is like telling a story and he told beautiful stories.