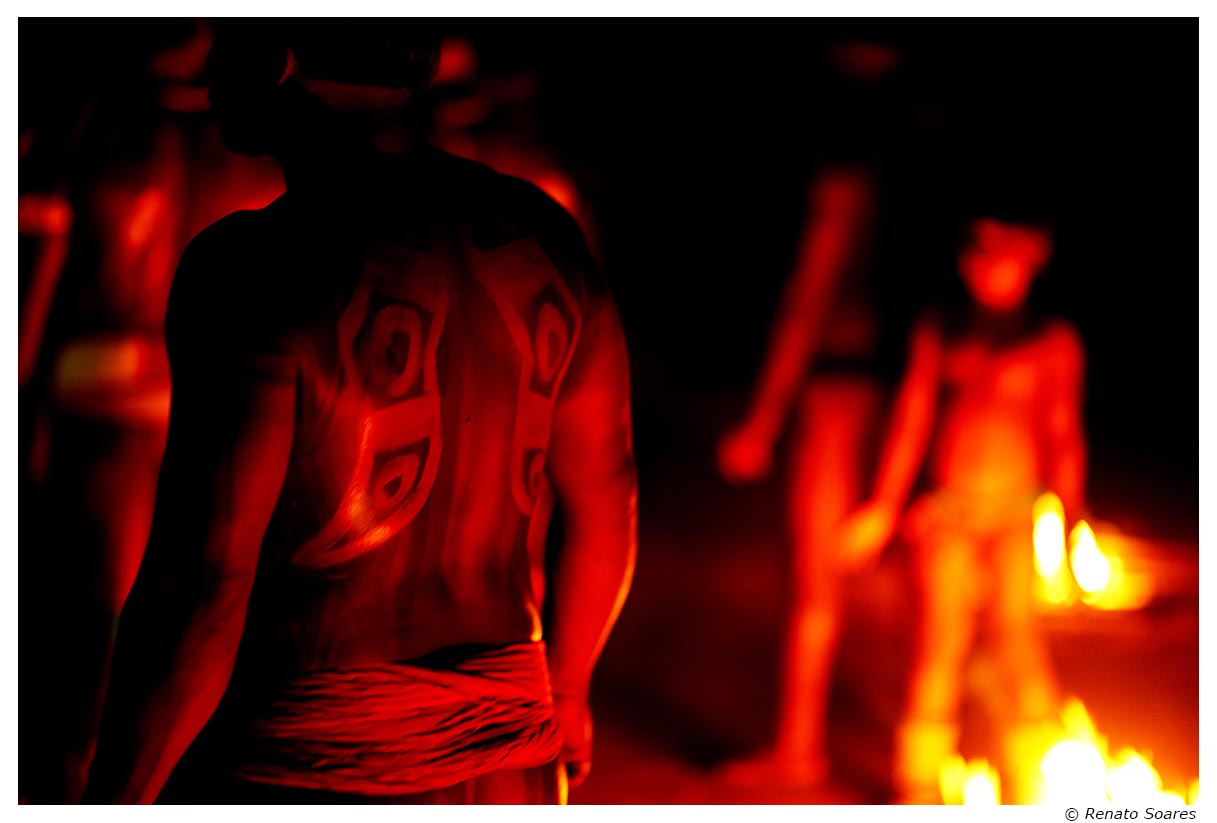 Renato started his career in photography in 1986 and since then, he has taken trips to portray the different forms of cultural expression of Brazilian ethnic groups.

The question that could not be missing was to know when you started thinking about being a photographer and why did you choose this profession?
RS: Photography came naturally and when I came across the power of image, when I was 16 I said to myself: I am a photographer! At that age, the desire was so strong that photography already belonged to me and I belonged to it. There is no explanation for when these things happen. Photography boosted me up to have the life I Always dreamed of and continue dreaming about. It takes me to the forest, close to the animals and the indigenous peoples that have always fascinated me. For me, photographing is like breathing!

And seeing the pictures he has we get a good dose of fresh air. The photos convey magical moments. And why the indigenous world?
RS: The identification with the indigenous universe comes from childhood and it was consolidated in the first contact with tribes in remote areas of Amazonas and also through the deep friendship that I keep with the sertanista Orlando Villas Bôas. Orlando told me stories that he lived from a magical world, about men and women living in contact with nature and in societies where the elderly and the children are respected.

When you see a photo, what catches your attention? I thought it was the details, but I was wrong.
RS: The thing I observe more in a photo is not the details, but the set of information it brings. In other words, the power that this image has to tell a story. When I shoot, I get involved in the story that is happening in front of the lens. As if I were, in fact, part of that space-action. I look for lights, frames, drawings and movements. It’s not just clicking!

I think the presentation of the photos is very important! What support do you prefer: paper, canvas, multimedia projection?
RS: To tell you the truth, all the supports are good, and are chosen depending on what it’ll be presented. The important thing is that both prints and multimedia presentations are well produced, I mean, with the technical rigor for an excellent impression. The same happens with projections. I don’t give up on the quality of all the material used in production. But I can also be positively surprised by some innovations. I found it fascinating to see one of my photographs reproduced by a graffiti artist in Portugal. I’ve had my works used by plastic artists and even as a source of inspiration for poems. As I said, the important thing for me is the strength of the image and the power it has to tell a story. More than that, messing with people, provoking emotions, making them smile or cry. Touching feelings hidden inside them.

As always when I talk to a photographer, I think about how he would like to be photographed. And with what kind of light …
RS: That sounds a little fun to me, because I can’t imagine myself being the subject of the photography. But I like natural light because I like to compose from light, not the environment. The light drawing and creating the environment in its forms. Now I’m the one who asks : what about colors? Do they inspire? Can they be seen or do they need to be guessed? Light and shadows, colors, shapes, movement. Photographing is to understand what is being photographed almost instantly. Inspiration happens in many ways. Even in a dream or a passion. Inspiration is what moves you to reach your goals.

You have an incredible job with the indigenous people … I wonder if you see yourself as a Brazilian photographer or a universal photographer. That is, is there any boundary between seeing with Brazilian and neutral lenses?
RS: I believe that borders are barriers created by the division of power. Living with the Indians, an important lesson taken was to understand that we should not own anything, we should be free as the wind. Borders are barriers to creativity. And I loathe it!

What about the photographers you admire or the one who gives you inspiration?
RS: Ah… I really like the work of Ansel Adams, Pierre Verger, Maureen Bisilliat, Evandro Teixeira. W. Eugene Smith, Walter Firmo, Diane Aubus, Rogério Reis and many others. There are many different looks.

If you had to photograph a song, how would you do it?
RS: This question is very interesting, and is is a focus that I always try reach. Actually, I do photography with the intention that viewers will also listen to music. The search for the perfect image: composition, rhythm, colors, shapes, feelings and everything we bring into the dark box.

Renato Soares’ photographic work has already appeared in important exhibitions such as “O Último Kuarup” – Masp / 2006 and in the itinerant exhibition “A Última Joranda de Orlando Villas Bôas”, which toured 12 Brazilian capitals. His talent was also recognized in Paris in a press conference at the Palais de la Découvert.
His first book was “Krahô, Os Filhos da Terra” (1996). And many others came, including “Pavilhão da Criatividade” (1999), “Sondagem na Alma do PovoM” – partnership with Maureen Bisilliat; “Mar de Minas” (2008), a portrait of the 34 municipalities surrounding Lago de Furnas; “Universo Amazônico” (2012, SP); and “Minas Além das Gerais” (2012, MG). Currently, he dedicates himself entirely to his project “Ameríndios do Brasil”, which seeks to rescue through photography the best of our ancestral culture. The work aims to create and build a large Brazilian ethnophotographic collection.
He has not yet had an authorial exhibition abroad. Not because of a lack of opportunity, but because he preferred to dedicate those lastt 20 years creating a consistent work. Today, he believes that he can present his work in a more mature and full way. “At the moment I am preparing to go more often to visit the countries in Europe to show my work and the importance of the Indians in protecting the great Amazon rainforest and the planet itself”, he comments. The photography that Renato Soares makes brings in his discourse the beauty of humanity. He photographs the essence. It shows the most beautiful things about our humanity and ancestral culture. “It is like a mission. It is not to show the harshness of life. War photography did not end wars. Showing the suffering Indian will not take away his suffering. But perhaps, by showing the beauty and all the delicacy that exists in life, it will make people want to preserve it ”, he stresses.

I don’t know how to take photos, so I tried to build this interview like someone who makes embroidery. Renato sent me the images and the words and I lined them up. I can’t help saying that he also organizes workshops, debates, etc.
Be sure to get in touch with him, you will be delighted.
Like us here at Artnatic.