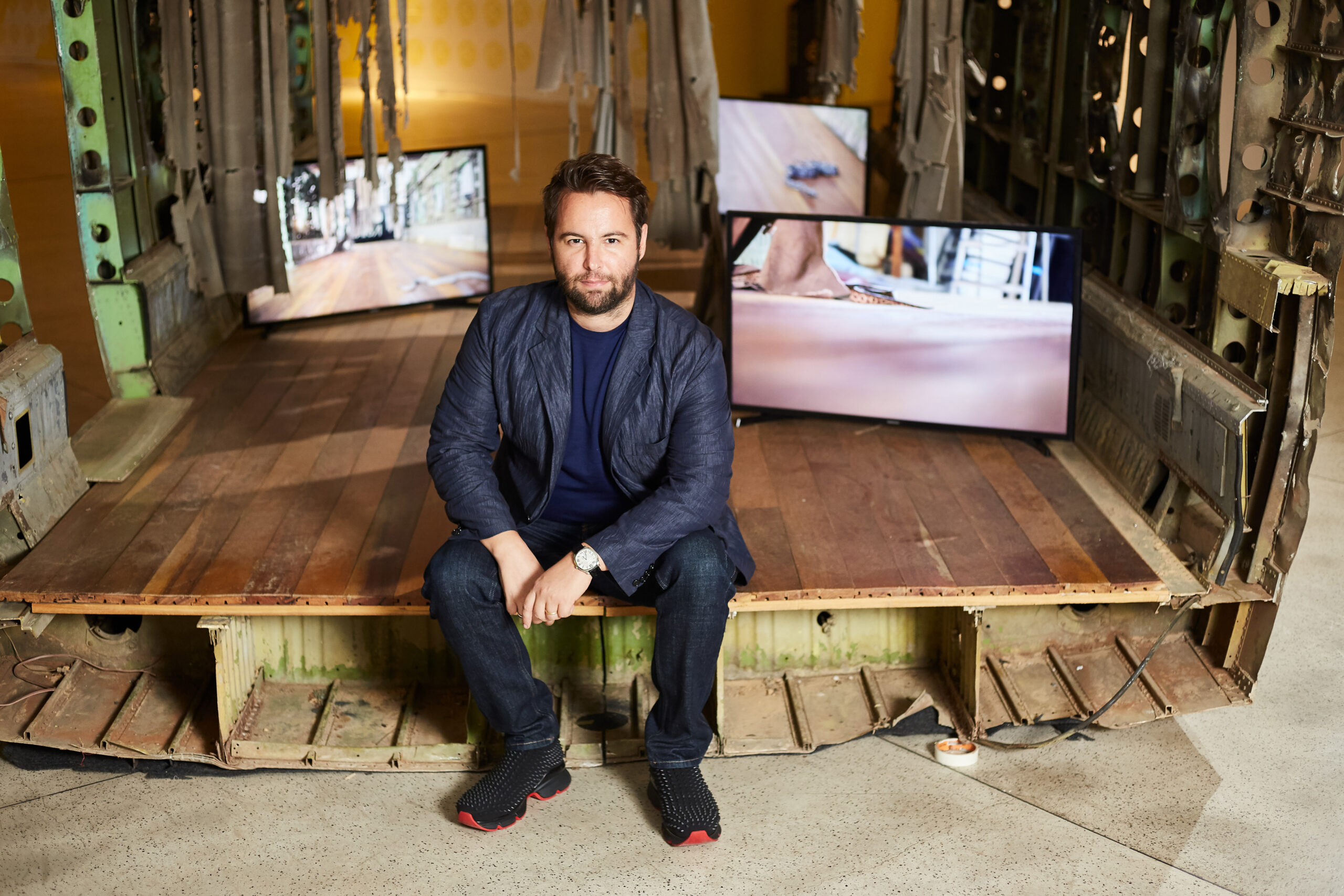 Where does the love for art begin?
Where to start a conversation with a person “touch the tout”, who has a facility to change industry, change perspectives, go through an airline, go through accessories, mainly glasses maybe to see better … and change everything again to dedicate to art?
In a more structured way, we can say that his career as artist started while he studied philosophy at Instituto Gens Educação e Cultura. Then he was a member of the board of TAM Linhas Areas. After, he was the represented of the TAG Heuer and Alain Mikli glasses in Brazil, partner of the Carol Optics chain.
And then the conversation begins.
Where does the love for art come from? It was always there, with a stylist mother the influence was present, even in a discreet way.

Colors and shapes lived in the imaginary and in the drawings of the artist, which keep up with him until these days.
During this journey, a purchase that may also have had a bearing on the choices that guide his path: a painting from the great master Portinari, ”Boy With Sheep”.
Many exhibitions were held, as the one in 2011 with a title that says a lot about the ideas he denotes in his works: “O Que Resta”. Textures, large volumes, colors, an action of time.
About the exhibitions that have already been made, it was asked which the most marked was and the answer was immediate: “In 2016, ‘When Visual Orientation Is Not Enough’ in Miami”.

For the artist, it was an exhibition in which the space was appropriated in a very coherent way, like pieces placed in an attractive way following a script. Fuselage parts tell a story. They are no longer debris, they’ve become works.
You can understand why this exhibition is so important for him. The large volumes and materials used in the imagination of those who look and give that desire to enter the scene together with a work, the notion of the weight of the works to become fragments of the same universe is lost. Without leaving this wide universe, where airplane parts populate here and there, despite finding many other materials in different forms, sometimes scrap, sometimes woven, always with the idea of ​​composing a story.

In fact, I was not surprised to find out that the artist -who also has a library- acted and acts when possible in the literary area, either in incentive or in publicity. And the book: “A Força do Tridimensinal” condenses and talks about this particular universe of the artist.

The visual impact and the poetry he shows in his works, contrasts a little with the career of an extremely talented entrepreneur who puts all his potential to preserve and foster contemporary art, but not only, he also continues his collection started with a work by Portinari .

As for current projects, such as a mission to transform a factory located in Itu city, in the state of São Paulo, (state where the artist was born), where a textile factory used to exist, in a space that houses a collection from the Marcos Amaro Foundation with a predestined name – FAMA, this space will be opened as a hotel where there will also be rooms to receive artists.
We look forward to seeing the next exhibition project or book or other adventure from the artist and what he will introduce us. After all, he has already shown that he knows how to handle the wings, colors and how he can impress us by every project he presents.