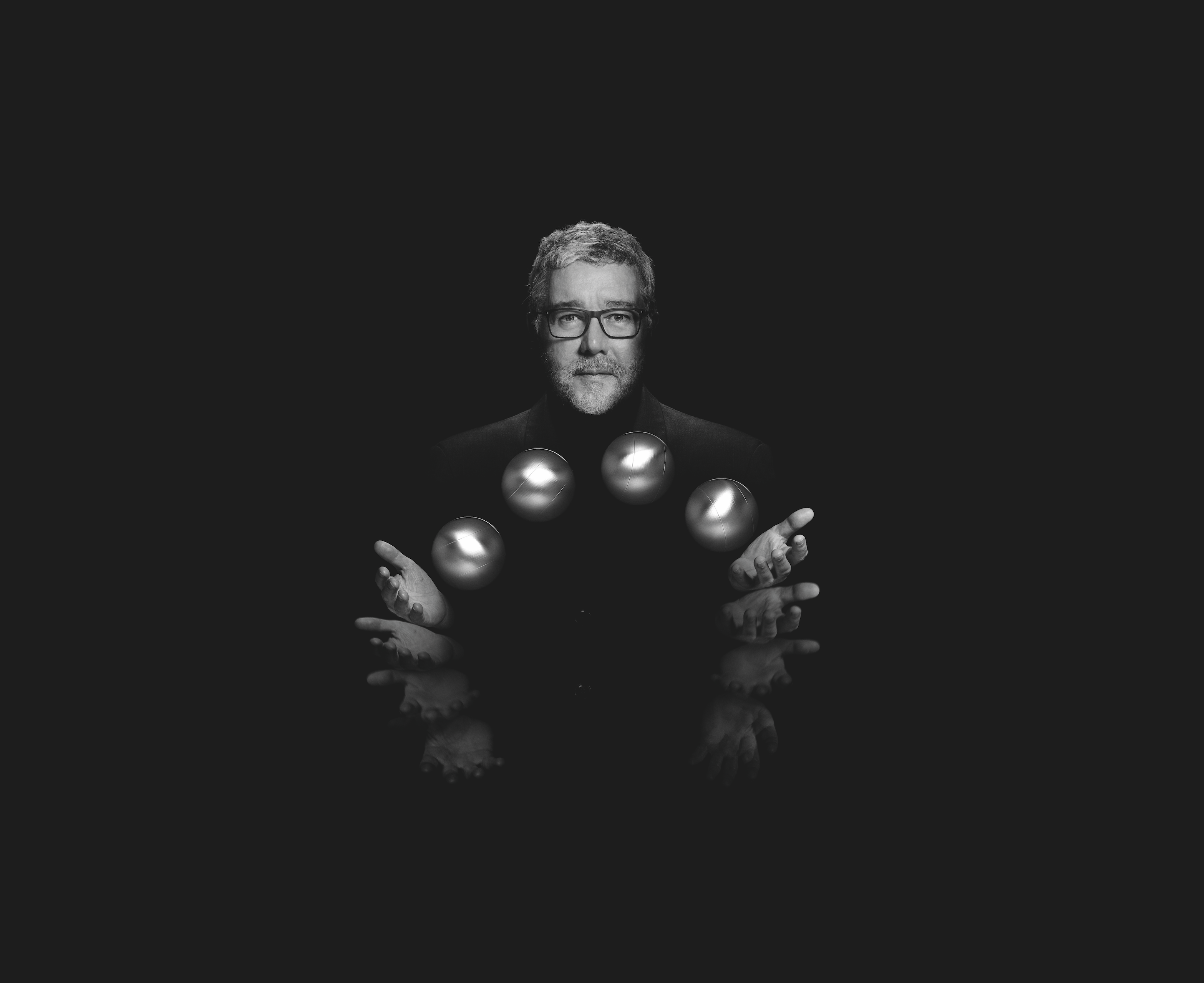 He‘s French, but do we still need to say that? The tricolor flag is already incorporated into his projects as well as a universality that made his work spread worldwide.

His father was an aeronautical engineer and the owner of an airline company. Would it be a misconception to imagine that the design came from there? It’s for sure a possibility, but above all of this, what is noticeable in his vision of design is: diversity, which is why we invited him to be part of this issue of Artnatic Magazine.
Diversity, search for accessible materials, show the possibility of placing quality design for a large number of people. When he made the first project for CAFE COSTES in Paris, it definitely opened the door to a new concept. The generous shapes stood out and at the same time the care for details.

He is also a passionate defender of the environment and, for example, he collaborated with the eco responsible plant that manufactures the sandals IPANEMA, which uses only recyclable material in its confection. Just like in his project with the Volteis car in 2012, an electric car.
We need to point out his great manner of never making objects or working on projects that are linked to weapons, tobacco, alcohol, oil and religion. Even if he could have made a lot of money from it. He neither has accepted nor will.
We could not fail to mention the fact that he has received the Honor of the Arts and Letters and Knight of the Légion d’Honneur and that he is also the first Frenchman to be invited to TED (Technology, Entertainement & Design).
Keeping his concerns about the environment, the SPHERE project of glasses frame, that brings together the technology and strength of the titanium 50% apple fiber has an incredible result! Light, beautiful and very resistant.
An interesting phrase that we find in his works is “A design without humor is not human”. For him, what lacks humor is vulgar.

In the projects of 2020 this vision is very present, for example, in the project “Oh it rains! L’humor…” for B&B Italia billborad furniture that can be used in the garden or inside, mixing different horizons with Antonio Criterio and Naoto Fukasawa.
At the Hotel La Réserve Eden au Lac Zurich is like rock and roll dancing with the Queen of England!
All of his projects have the STARCK brand, the big one, the texture, the “mise en scène”. Perhaps, it’s an incitement to travel, to TAKE OFF … on the wings of the planes that he saw in his father’s company. Is it?
Anyway, here we will show you some of the projects that he himself sent to us.
Success is a continuous jorney and we are already waiting for the next projects for 2021!